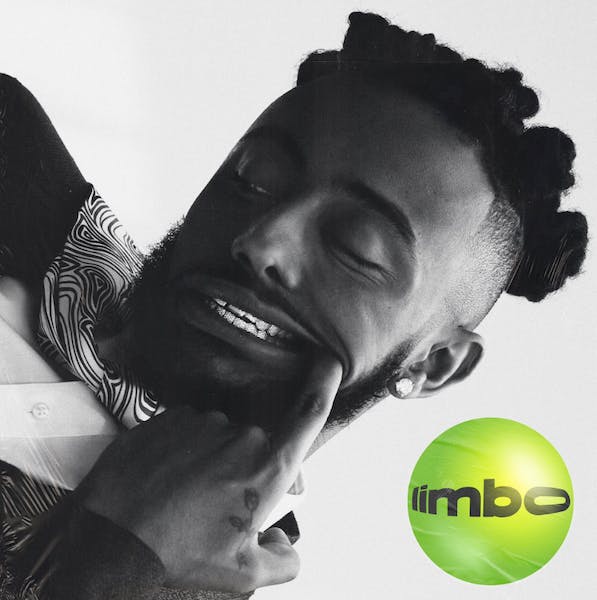 Aminé dropped Limbo, and the title of the project is self-explanatory, as he seems to be in artistic limbo throughout the album, switching between different styles of hip-hop and R&B.

Aminé took his sixth project as an opportunity to experiment with different variations of hip-hop and R&B. The album is proof that the artist’s flow and voice have versatile abilities, which is incredibly important for success in the music industry.

The Portland artist’s different flows resembled other artists’ sounds. For example, on “Woodlawn,” he has a Roddy Ricch flow, his sound on “Roots (feat. JID & Charlie Wilson)” is similar to Kendrick Lamar and “Compensating (feat. Young Thug)” sounds eerily similar to “Beware” by Big Sean. Although Aminé clearly had a lot of inspiration on the album, most of it is simply him experimenting with different sounds.

Aminé caught mainstream attention with “Caroline” back in 2017, and he has in no way fallen off since then. Between his three projects, he dropped his fair share of successful singles. For example, “Campfire (feat. Injury Reserve)” and “REEL IT IN (feat. Gucci Mane)” were hits. The fact that the artist still includes his close friends from the “Caroline” music video in his newer videos shows how down-to-earth Aminé is.

“Can’t Decide” could very well be the biggest hit on the album as the lyrics, catchiness and production all tie together to create two minutes and 40 seconds of pure heat. On the track, Aminé is expressing the sexual frustration he has toward a significant other because of the ups and downs throughout their relationship.

Aminé lets out his feelings about an unexpected lover: “I can’t decide if it’s you or I, baby / When we, we high, all I know is you saved me / Love ain’t what I thought I would have found, baby / Lost track of time, but I’ve made up my mind, baby.”

“Woodlawn” is a catchy song lyrically and production wise as well, with the Yung Lan whistle beat. The chorus of the song highlights his come-up from spending most of his time at Woodlawn Park, a park located in his hometown neighborhood in Northeast Portland. Aside from the track “Kobe,” a 39-second ode to Kobe Bryant’s impact on his life, he also shouts out the late NBA player on “Woodlawn.” He expresses that Kobe was like a father to him growing up.

Aminé is an artist who has been making prolific waves in the underground hip hop scene since 2014, even landing a song near the top of the Billboard charts in 2016. When Aminé is clicking, his fusions of catchy R&B and visceral hip hop music are decidedly enjoyable. Limbo is the fully realized version of Aminé that clicks throughout the entirety of its run time. This album is a great listening experience and shows versatility that is sure to exceed many expectations.

From the very start of this album, there’s a candor and charm that comes through in Aminé’s delivery, his lyrics and flows. The obvious presentation of his influences that ruined many of his songs in the past have become a strength on this project; the first two tracks, “Burden” and “Woodlawn,” prove Aminé’s ability to maneuver between reference points. The opener channels a staggering confidence and precision over a soulful beat that reminds of a Kanye-produced Pusha T song and is followed by an aqueous trap tune redolent of Roddy Ricch.

Limbo is fraught with quality hooks, and Aminé has impressively honed the upper register of his singing voice, coming through with beautifully sung choruses on “Can’t Decide” and the album’s third single, “Compensating.” The latter of the two features an eccentric Young Thug appearance, one of many exceptional features on this project. JID and Charlie Wilson are great on “Roots,” slowthai and Vince Staples are creatively inserted on “Pressure in My Palms” and the late Groggs of Injury Reserve places a solemn verse on “Fetus” that serves as a weighty conclusion to his musical career. The earnest tributes to Kobe, his mother and Wu-Tang’s Ol’ Dirty Bastard on “Shimmy” brings an emotional heft to balance out an otherwise lighthearted album.

All in all, this is a very mature project in that is leaps and bounds better than the average pop rap album. While there are a few weaker tracks toward the end of the project, this was a winning effort as a whole. The charmingly fun, versatile and bouncy sound on Limbo has paid off this time around, making it one of the better rap albums to come out in 2020.