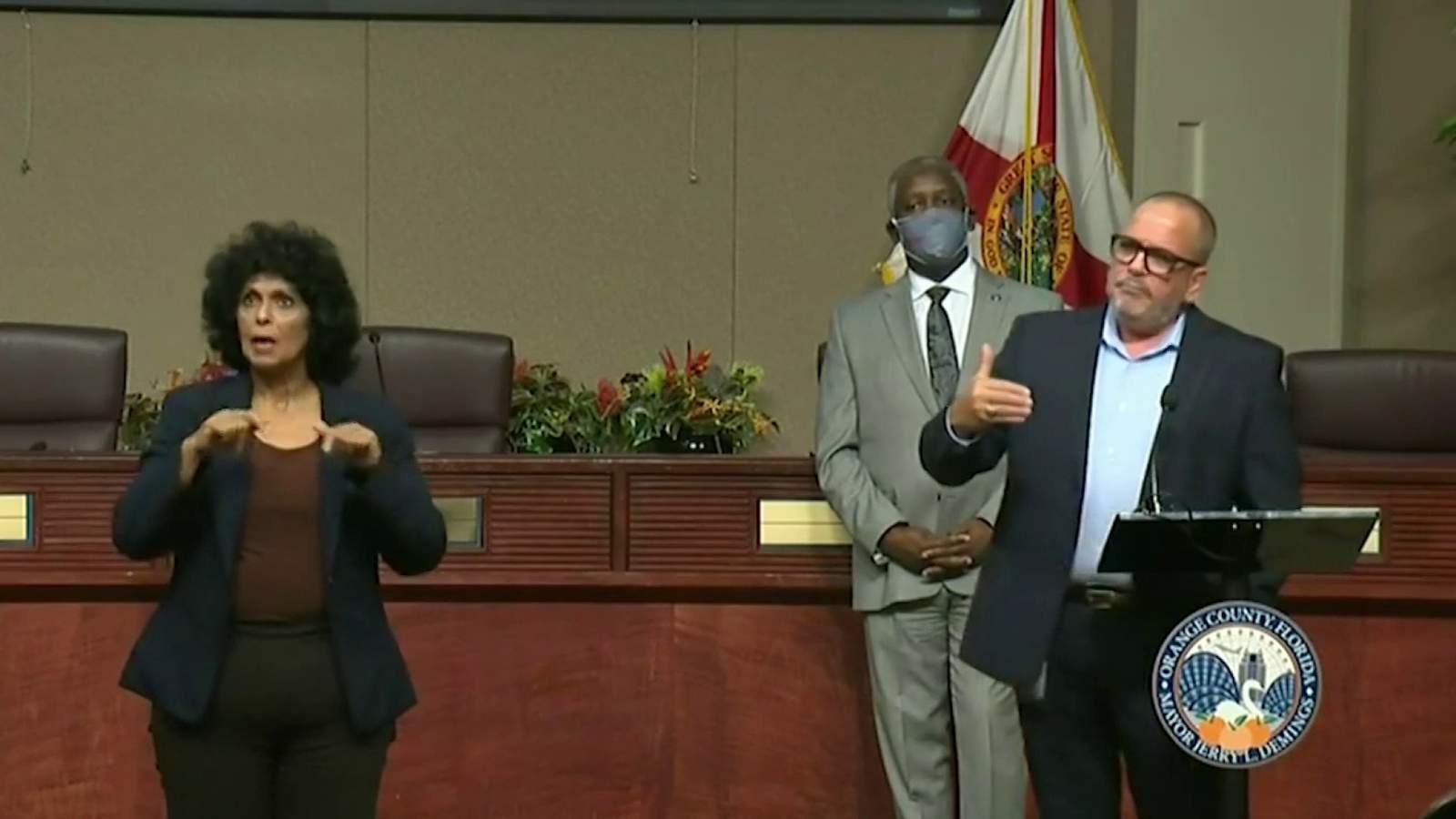 ORANGE COUNTY, Fla. – During natural disasters and emergency situations, county leaders hold important news briefings to inform communities across Central Florida and standing next to those elected officials during the news conferences are American Sign Language interpreters who play a crucial role in keeping the community informed.

“These are peoples’ lives and they need accurate information just as fast as everybody else does,” said Angela Roth, president and CEO of ASL Services Inc., the company hired by Orange County government to provide ASL interpreters for news briefings.

Roth is one of the trilingual interpreters. For the past five months, she’s been working alongside Annette Rodríguez and Jonathan Sánchez. All three are fluent in English, Spanish and American Sign Language.

“As an Afro Latino myself, it’s incredibly impactful to be on screen, to be there, to be able to represent my community,” Sánchez said.

He recalled never having been surrounded by a deaf person while growing up. It wasn’t until he entered nursing school that he met a classmate.

“I was going to Florida Hospital College of Health Sciences, I met a deaf student there who then had their own interpreter,” Sánchez said.

The native of Colombia said that meeting led him to find interest in ASL. He then decided to drop out of nursing school.

“My family didn’t even understand the switch, you know? For Latino communities, being a sign language interpreter is not something that’s common or commonly understood,” he said.

For Rodríguez, becoming an ASL interpreter was something she had never envisioned for herself. It was during her college years while majoring in Spanish that she found her calling.

“I never really planned to make it a profession but now I love it,” Rodríguez said. “I was majoring in Spanish before and doing other things so I loved sign language so I started hanging out with the deaf community in Puerto Rico. I started learning sign language and I fell in love with the language.”

The trio has become familiar across Central Florida TV screens. They’re now entering month five since Orange County began to hold almost-daily news briefings to inform the public about the latest updates related to COVID-19. Roth said their job is pivotal to get precise information to the deaf community and it’s not enough for them to rely on closed captioning.

“When you’re asking somebody to read captioning to get such vital information, they’re going through a second language, that’s the first thing. The second is captioning is hard to read. It goes very, very fast,” Roth said. “Also, captioning, sadly, in some situations, they may be using an auto system versus an actual human being and there are errors that occur.”

According to the Florida Coordinating Council for Deaf and Hard of Hearing, there are approximately 3 million who are hard of hearing statewide. As for the U.S., 48 million, according to the National Association of the Deaf.

It’s a job but also a passion for the three ASL interpreters. Sánchez said the experience has given him a sense of pride and fulfillment.

For Rodríguez, being put in the spotlight took her out of her comfort zone but she soon realized the impact her presence had during the televised news conferences.

“I understand that representation is important and not only in the coronavirus that we’re living, but everything else that is happening in the nation. It’s important that we step up as Hispanics, as Latinos, as Puerto Ricans, and say, ‘Yes, we can do this,‘” she said.