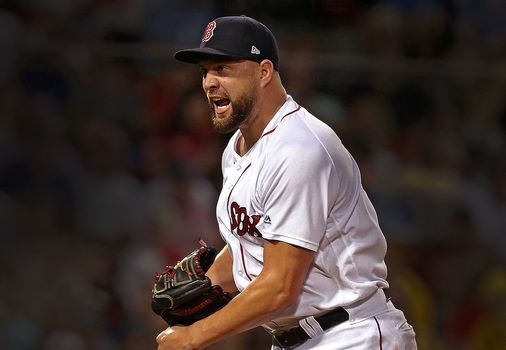 Lefthander Brian Johnson’s days with the Red Sox are over, the team granting his request to be released, manager Ron Roenicke confirmed Monday afternoon.

Johnson, who was a part of the taxi squad in Pawtucket, returned home to Florida.

“He just felt like he wanted an opportunity,” Roenicke said before the series opener against the Rays. ”Sometimes you need to go other places to have a better opportunity . . . [Chief Baseball Officer] Chaim Bloom didn’t want to keep him from an opportunity that he could get back to the big leagues.”

Johnson, drafted by the Sox in the 2012 first round out of the University of Florida, made his debut in 2015. His best season by the numbers came in 2018, when Johnson pitched 99⅓ innings both as a starter and reliever to a 4.17 ERA for the champions.

He pitched just 40⅓ innings last season, as he battled a slew of injuries. Johnson posted a 6.02 ERA in 2019, but proved to be serviceable in three- or four-inning spurts once David Price and Chris Sale were lost to injuries.

Johnson came into this year as a potential tweener: He wasn’t quite good enough to be a starter, but perhaps could have been the bulk guy to eat up innings after the opener. But he had a down summer camp and was outrighted with the expectation that he might help the team at some point during the season.

Johnson was out of options, however, making it difficult to shuffle him between the rosters.

“It’s [about] your roster situation and where you are,” Roenicke said. “So, it’s an easier move, without a doubt, when you have somebody on your 40-man roster, to bring him up and down. It’s easier if you have an option because if you need arms, fresh arms like we probably will soon, it’s easier to make those moves and still keep the same personnel.”

Kyle Hart closing on his chance

Once the Sox optioned starter Ryan Weber on Saturday, the focus suddenly shifted to pitching prospect Kyle Hart. As the Red Sox continue to piece together the rotation, Hart continues to hone his craft in Pawtucket with the taxi squad.

But that might not be for too much longer. Hart could hear that call-up soon.

“I’m not going to play dumb,” Hart said. “I know how close I am. I also know that there’s a long way to go. [But] I think I can provide some value to this team right now. I can roll out of bed and throw 100 pitches. I’m focused on getting us five, six good innings. Not just some ho-hum five, six runs in 100 pitches. I want to make my pitches quality.”

Hart was a starter throughout the minors, and in 156⅓ innings between Double A Portland and Triple A Pawtucket last season, Hart compiled a 3.52 ERA and 140 strikeouts.

The Red Sox still don’t have a starter for Thursday. Hart could fill that role and remain on schedule, having pitched on Saturday.

“I do think about it. I think about pitching in the big leagues every day,” Hart said. “Every pitch that I’m executing here, you have to trick yourself into thinking that those are big-league pitches you’re trying to make. In terms of this week, I’m preparing to pitch here. I’m just going to continue to prepare just like I have been and if the [big league team] needs a guy, they can call me. I’ll be there.”

Martin Perez has settled in after a shaky start. He’s allowed just two runs and six hits in his last 10⅔ innings of work. Wednesday against the Rays, he went five shutout innings, striking out four in the Sox’ 5-0 win.

“I feel strong, not trying to throw too many strikes to these guys and it worked,” said Perez, who’ll take the ball against them again on Tuesday. “I’m trying to move the ball. It was a great game [against the Rays last time]. Let’s see what the plan is tomorrow and do my job tomorrow.”

Perez said that in the past, he wasn’t able to clear his hips when he pitched. He focused on that mechanical tweak entering this season and it’s helped him, in addition to his arsenal of pitches.

“Now I feel great, I feel 100 percent,” he said. “When I got the cutter, it made me feel good. I can throw my pitches where I want it. That’s how I feel right now. I believe in my stuff and the cutter is right there. I’m trying to locate my fastball in and, after that, expanding the zone a little bit.”

Rafael Devers didn’t start Monday after tweaking his ankle in the first inning on Sunday, but Roenicke said he could be available. Devers hurt himself lunging for first base, attempting to beat out a ground ball, and had a boot on before the game. But Roenicke said that was just to keep the swelling down on a minor sprain . . . Roenicke said Dylan Covey, recalled in Weber’s roster spot, is stretched out and could be ready to pitch in a game as soon as Thursday.