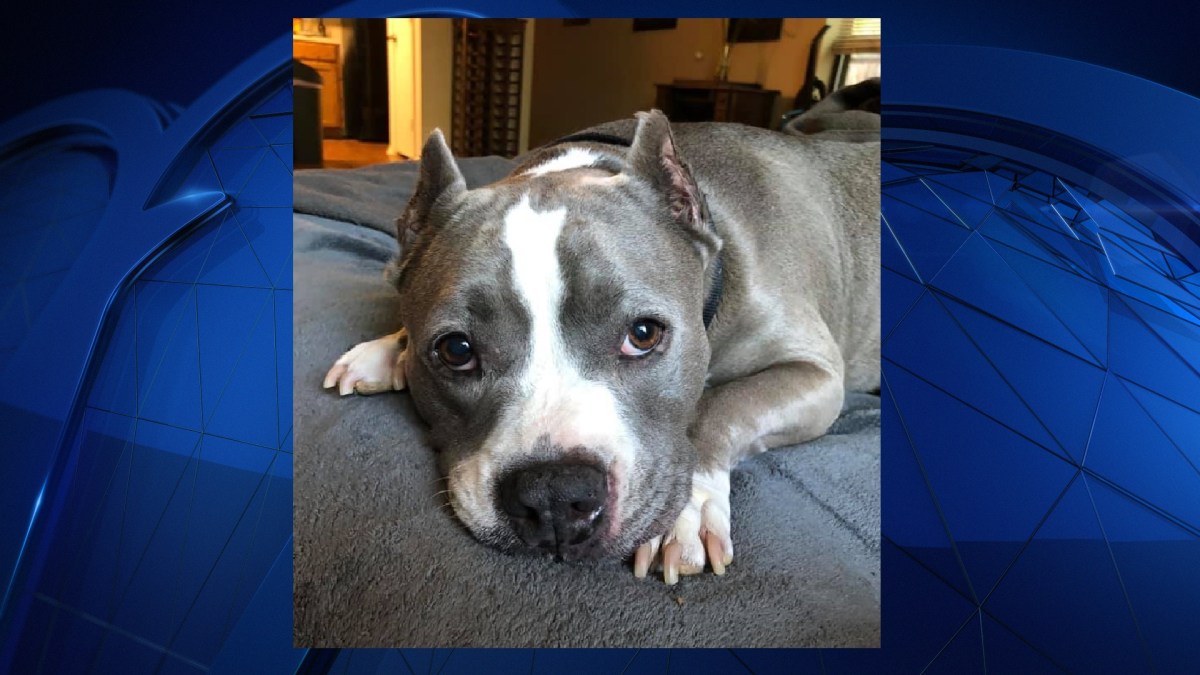 A service dog is missing after a vehicle was stolen with the dog inside, according to Arlington police.

Charlotte, a 10-year-old female pit bull, is a service dog with 22Kill, a nonprofit organization providing mental wellness programs for veterans, first responders, and their families. NBC 5 has filed several stories on the organization.

Her owner, Taija Horne — who serves as a social worker with 22Kill — said Charlotte was inside her vehicle when both the car and dog were stolen from a Walgreens parking lot on Matlock Road around 12:30 p.m. Sunday.

Horne told NBC 5 that Charlotte is her emotional support animal and also provides comfort and support to clients for 22Kill.

“The most important thing to me is getting her back. I don’t care about the car, the car can be replaced. She is irreplaceable. She means so much to me and everybody that’s met her,” said Horne. “She’s come such a long way in her own traumatic start in life and now she gets to return that favor to people who are struggling. She is the reason I can do my job day in and day out working in social services.”

Arlington police confirmed they are currently investigating the theft.

According to the police report, Horne told police she left her vehicle, a 2017 white Subaru Forrester, running with the doors unlocked while she ran into the store to make a quick purchase.

While she was in the store, police said an unknown male got into the vehicle and drove off with it.

Charlotte is gray and white with a microchip, which means she can be dropped off to any animal hospital. Horne said she is not aggressive but is most likely scared. A reward of $2,250 is being offered for her safe return.

If you know anything or think you may have seen Charlotte, you’re asked to call Crime Stoppers of Tarrant County at 817-469-TIPS (8477).