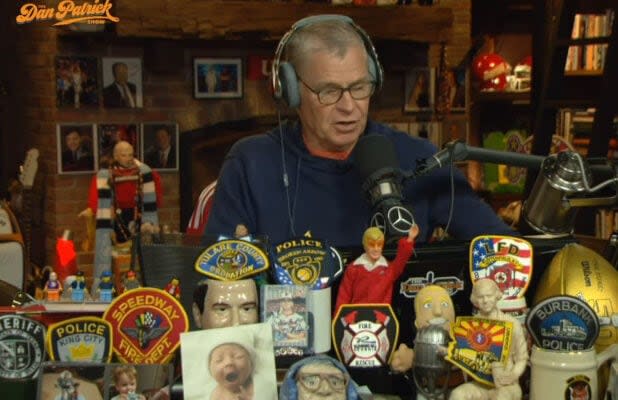 The two former “SportsCenter” hosts will be reunited — in that they’ll air their shows on the same platform — when “The Dan Patrick Show” moves from YouTube to Peacock beginning on Aug. 24. “The Dan Patrick Show” is currently airing on YouTube (as well as SiriusXM channel 211, where it will continue), and before that had aired on NBCSN.

The show will officially move off YouTube after Aug. 28. Eisen’s self-titled show will move to Peacock beginning in October.

“I’m thrilled to be coming back home to Peacock and the NBC family to continue the show with the Danettes and the rest of my talented team,” Dan Patrick said. “A huge factor in partnering with Peacock is that our loyal fans can watch us for FREE. Who doesn’t love FREE. We can’t wait to get started–see you soon.”

“The Dan Patrick Show” airs across the U.S. every weekday with a production team that includes Paul Pabst, Patrick O’Connor, Andrew Perloff and Todd Fritz, who are known as the Danettes. The show is known for its A-list interviews from the world of sports entertainment, as well as its blend of situational comedy, breaking sports news, insider access and pop culture commentary.

“We’re excited to welcome Dan and his devoted following to Peacock later this month,” Rick Cordella, EVP and Chief Revenue Officer for Peacock, said. “Dan adds a distinctive voice to Peacock as we continue to build our live topical sports offering.”