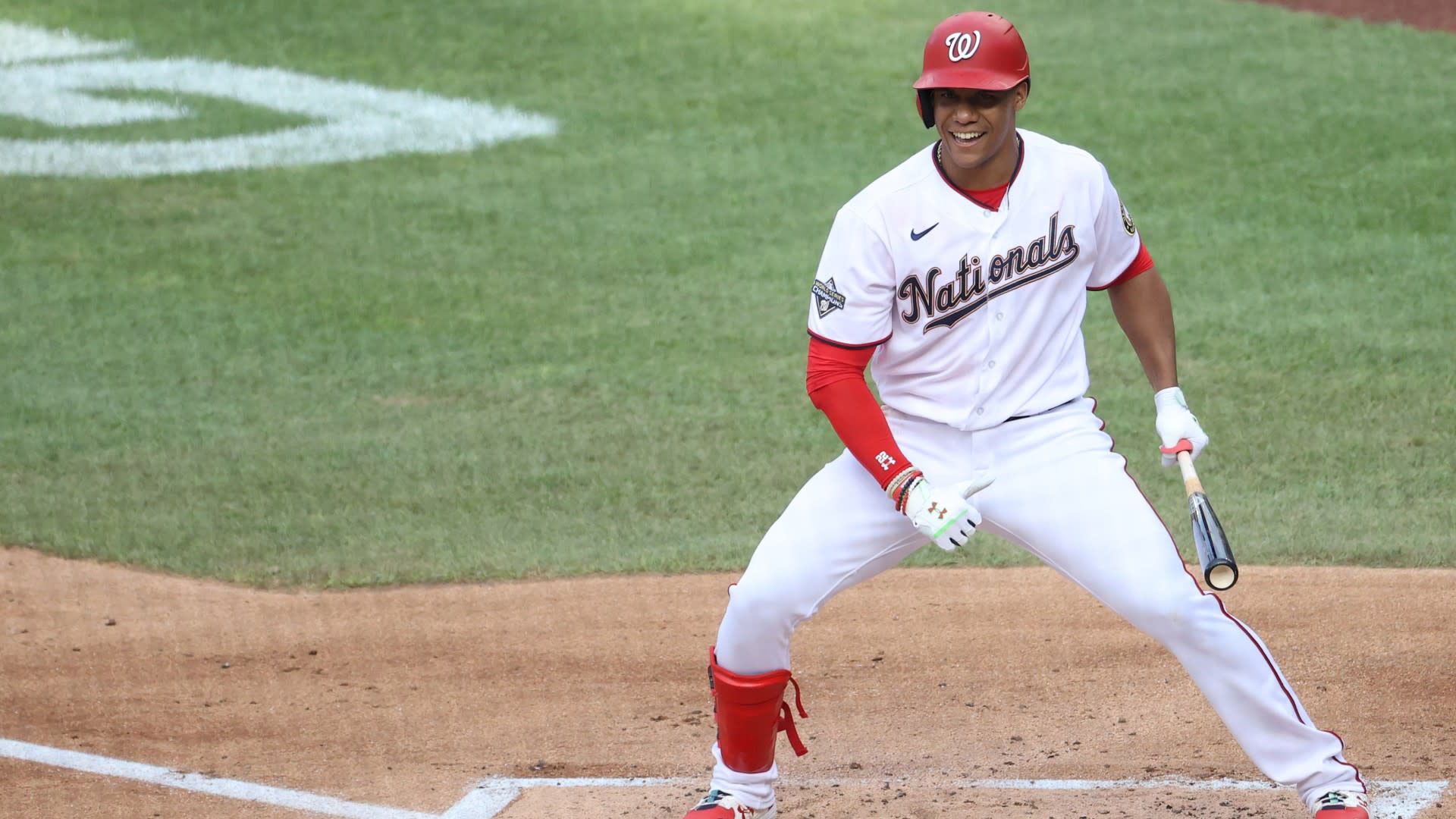 After scoring just a total of six runs combined in their last three (and a half) games, the Washington Nationals appear to be breaking out of their offensive slump in a huge way.

Through three innings against the New York Mets on Monday evening, the team scored five runs on three home runs with the last as an exclamation mark.

RELATED: NATIONALS OFF TO THE ROAD, SEASON’S MOST DANGEROUS SPOT

After Asdrubal Cabrera’s solo shot off of Steven Matz in the second, Trea Turner hit a two-run homer in the third. Juan Soto followed Turner three batters later with a two-run bomb that traveled distances rarely seen at Citi Field. According to Statcast, Soto’s home run was 463 feet.

How impressive was Soto’s rocket? According to Wall Street Journal baseball writer Jared Diamond, it’s the third-farthest hit ball at Citi Field in the Statcast era (since 2015). Only Kyle Schwarber (467 ft) and Freddie Freeman (464 ft) had longer home runs.

The Nationals’ bats didn’t cool off there, either. They were up 12-0 on their NL East division foe, after a seven-run fifth inning. Hopefully for Nats fans, this is a sign of things to come as the team attempts to climb out of a 4-7 start to the season.

Stay connected to the Nationals with the MyTeams app. Click here to download for comprehensive coverage of your teams.