Caryl Thomas is back from a year away from international rugby but absence has certainly made the heart grow fonder and the thought of reaching a fourth Rugby World Cup is firmly behind her return to the fold.

“I made my Wales debut in 2006 so I’d been involved with Wales for a long time. It was a big decision to take a year off but with the World Cup next year, I wanted to make sure I was fresh,” she said.

The decision has paid off with Thomas back involved ahead of the forthcoming Wales v Scotland fixture.

“I guess the natural question was ‘will I still have fire in my belly’ and the answer is most definitely yes. Even with lockdown and Covid restrictions, I’m itching to get out on the pitch with my teammates.

“I feel refreshed and almost like a newbie driving down the motorway!”

Already in possession of more than half a century of caps, it’s clear Thomas is keen to add to her collection with another World Cup on the horizon. 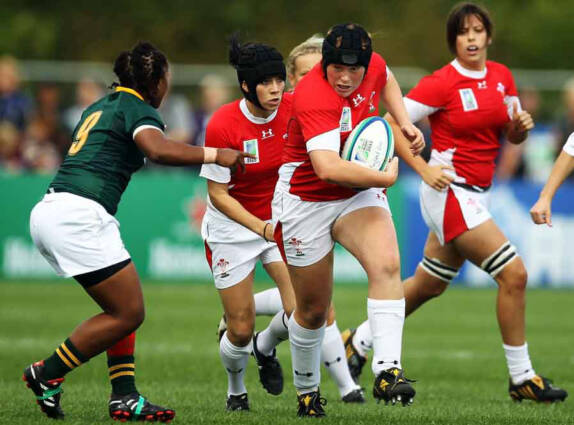 “Who doesn’t want to be involved in a World Cup?,” he said. “Rugby World Cups are always special moments in your rugby career. They only come around every four years and they are the pinnacle of women’s international rugby.

“I was on the periphery quite a bit at my first World Cup in 2010 but by the start of the 2014 tournament, I felt I was embedded in the team and to start in our opening game against France, the hosts was amazing. Then in 2017, the best moment for us was beating Ireland on their own turf to qualify for the next one.

“To finish the World Cup like that was amazing – it felt like we wanted to build from there, so next year now is a big one for us. We want to improve on those standards, set our stall out. We are building, we are getting better and the Rugby World Cup is the perfect stage to show that.”

Thomas is hoping to her experience will be invaluable over the next 12 months.

“I’ve had an interesting year with my Bristol Bears. New players have come in and that has made me reflect what my role is at this point in my career. Relationships naturally form but hopefully with all my years of experience I can help younger players coming through, whether it’s about nerves or technical stuff.”

Longer term, she is hoping to continue to make a difference to women’s rugby – as a coach.

“One of the reasons for my year out was to complete my Level 3 coaching course. You often put that off in between work and your playing career. I’ve done that now and I’m moving back to Wales while still working for Bath Foundation so I’m keen to get involved with a club in my spare time and help female players coming through the ranks at community level.”

For now, Thomas is looking forward to working with the coaches appointed for the Scotland game – head coach Darren Edwards and assistants Chris Horsman, Geraint Lewis and Gareth Wyatt.

“It’s always exciting to have new personnel in the staffing team, they bring something new and fresh to the set-up,” she said.

“Darren was fantastic at Bath so it will be good to be coached by him rather than work alongside him and I’m excited to work with Chris as a former international prop. A long time ago we delivered a few school sessions together – it’s interesting to hook up as coach and player now but I’m Intrigued to have quite a few conversations with Chris with all his experience.”

Whatever happens over the next 12 months, Thomas is determined to make her mark on this side and leave a lasting legacy. 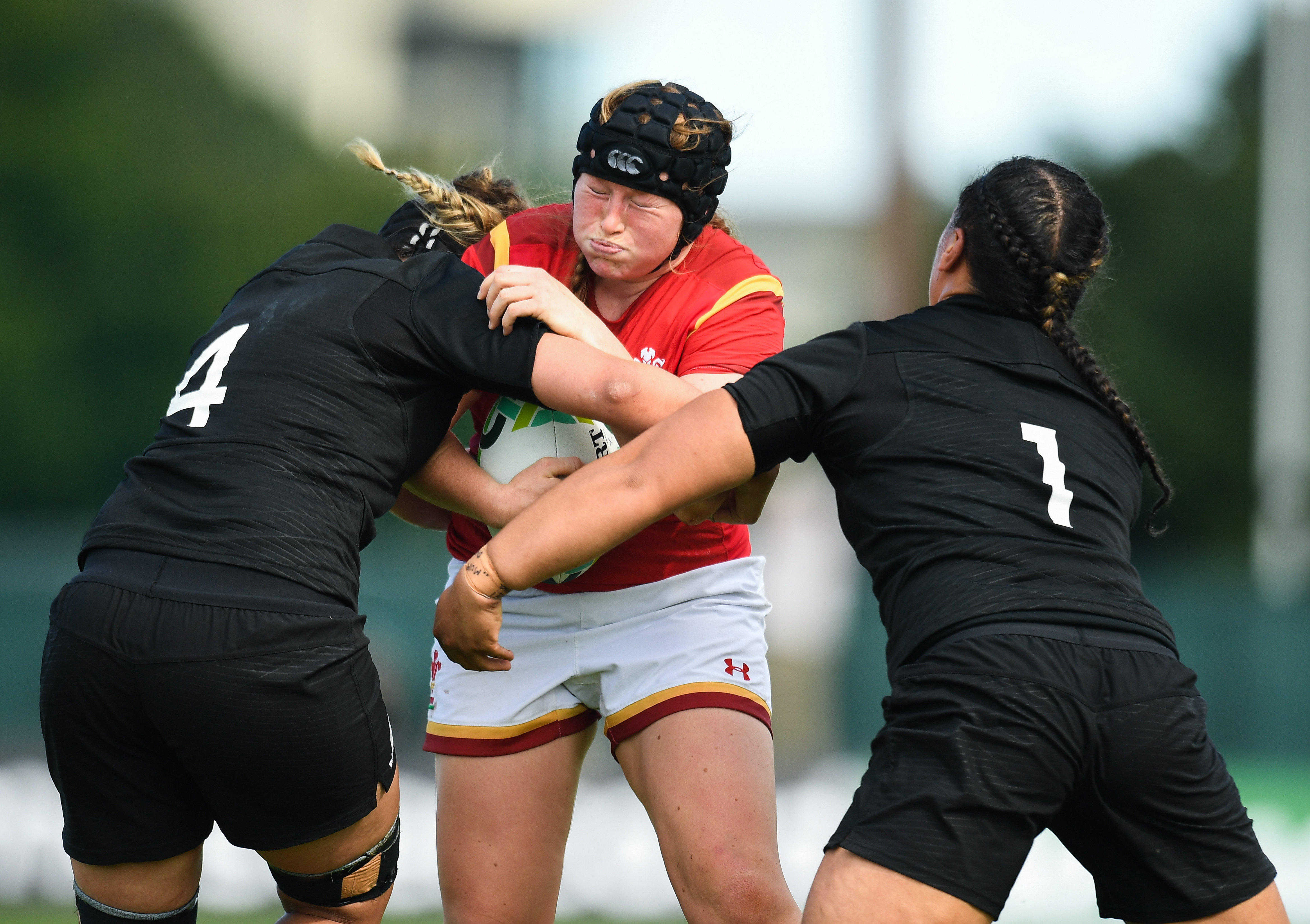 Caryl Thomas is tackled by Eloise Blackwell, left, and Toka Natua of New Zealand during the 2017 World Cup