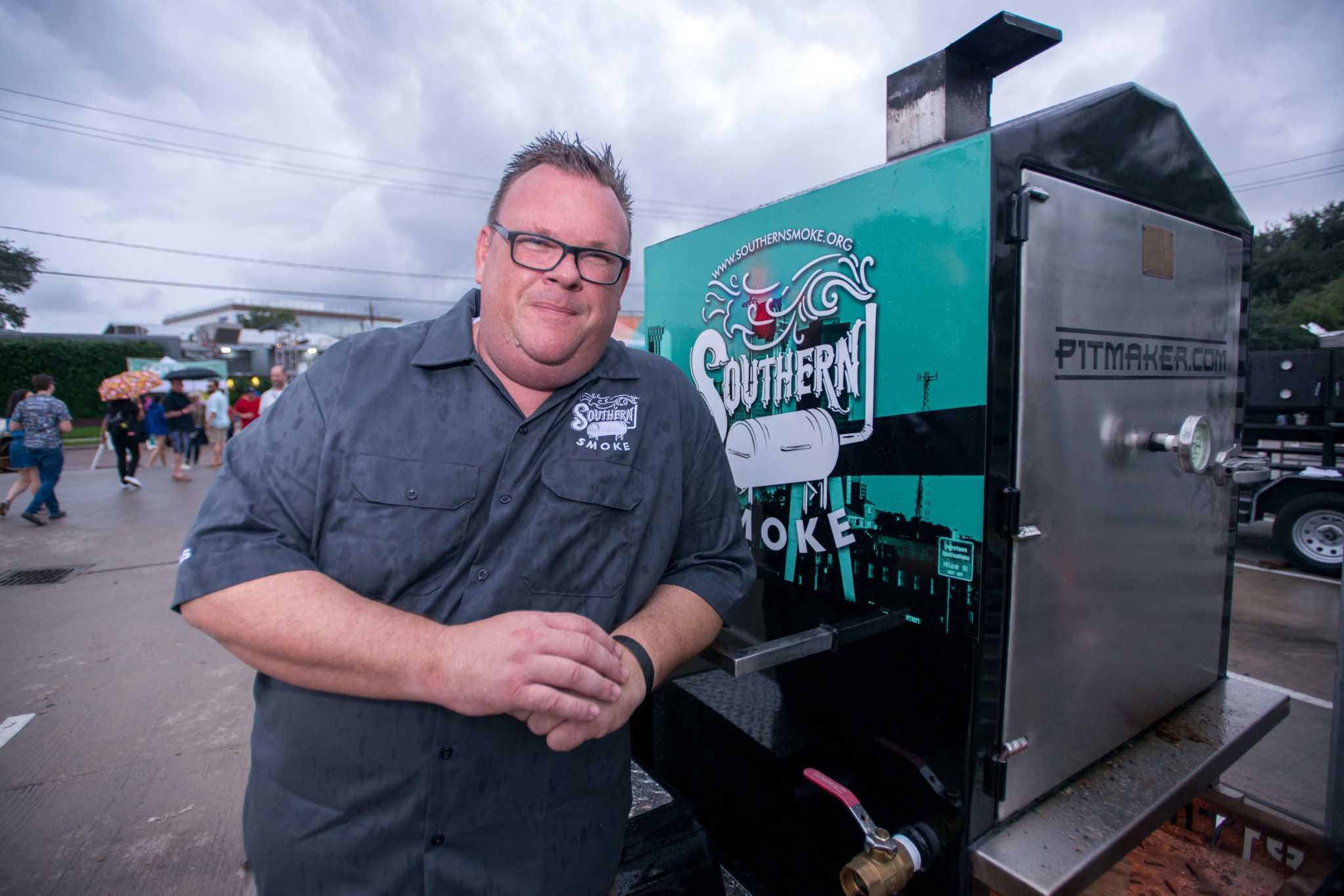 Montrose resident Kim Jordan clearly remembers her last shift serving brunch at UB Preserv in March. “Then everything shut down,” she said.

Jordan filed for unemployment while furloughed due to the pandemic. “I put in my application,” she said. “I decided to ride my savings out. I wasn’t sure how long this would go on. I thought maybe two months.”

If the pandemic lasted longer, Jordan thought she would apply for a job at a grocery store, a business that might still be hiring. Then, she discovered another option — becoming a caseworker for Houston nonprofit Southern Smoke, a foundation that supports individuals in the food and beverage community. Jordan jumped at the opportunity.

Only a couple years ago, Jordan was on the other end, receiving a grant from Southern Smoke after Hurricane Harvey flooded her home. The water sat for weeks. Jordan, her boyfriend and their two dogs were rescued by canoe.

“We lost everything,” Jordan said. “My co-workers told me to apply to Southern Smoke. They were like, ‘This is what it’s here for.’”

During the pandemic, she was eager to help pay it forward; she was also relieved to have a job — one she could do safely from home.

To help support those in the food and beverage industry who are in crisis, or if you are a restaurant worker and want to apply for benefits, visit southernsmoke.org.

“I can’t tell you the pressure that was alleviated,” she said. “But I was also given an opportunity to help people who were in my shoes two years ago. This had been my lifeline really.”

Right off the bat, thousands of applications started piling in. “It was just like floodgates opened,” she said.

Her job was to mark the ones that were most urgent, like the single mothers struggling to carry on after losing their jobs.

“The difficult part was that each one had a sense of urgency,” Jordan said. “How do you decide? It was overwhelming, but we had no choice. We just started. It was a constant push to help more people.”

Another caseworker likened the experience to emptying an ocean with a bucket.

“Everyone is raising their hand saying, ‘Please save me,’” said Southern Smoke executive director Kathryn Lott. “You’re looking at 25,000 applications from across the county. I felt like I was at the helm of this ship heading into a storm.”

Lott joined Southern Smoke right before Hurricane Harvey. At the time, she was with Lott Entertainment, the consulting firm she co-founded. Her longtime friend chef Chris Shepherd launched Southern Smoke after learning his friend and former sommelier Antonio Gianola had been diagnosed with multiple sclerosis in 2015.

“I wanted to shut down the sidewalks,” Shepherd recalled. “I went to the mayor’s office. They said they’d not only shut down the streets, but they’d also have a stage for a music act. It went from a dinner to a festival.”

He asked Lott to come on board to help manage the festival. Little did they know that a hurricane brewing in the Gulf of Mexico would change the course of the nonprofit.

As the rains from Harvey poured over Houston, Shepherd’s phone rang incessantly. Chefs from around the country wanted to know how they could help industry workers affected by the storm.

“They asked, ‘How do we get money into the hands of someone in the industry?’ And I was like, ‘You can’t. I don’t know if there’s any way to do that,’” Shepherd recalled.

Then he called Lott. “Chris called me and said, ‘I have to figure out a way to get money directly into the hands of food and beverage industry workers right now.’”

“The amount of support we got from culinary communities across the country was beautiful,” Lott said. “We were just humbled to do as much as we did.”

At the same time, Southern Smoke saw a major need for help when individuals in the food and beverage industry face a crisis. So the organization created an emergency relief fund; anyone in the U.S. could apply, as long as they have worked in the field a minimum of six months and for an average of 30 hours per week.

The fund formed just in time to help those affected by fires in the wine country, Hurricane Florence, tornadoes in Nashville, floods in Texas — and the coronavirus as it swept across the country.

“In the pandemic, we were poised and ready,” Lott said. “We had the operational infrastructure.”

Since the beginning of the COVID-19 crisis, the Southern Smoke Emergency Relief Fund has distributed $3.1 million to 1,729 individuals.

“It was seven days a week for months,” said Lott.

Jordan felt like the crew at Southern Smoke never slept.

“Some of the applications were gut-wrenching,” she said. “It was one of the most rewarding things I’ve ever done — also the most challenging.” Jordan returned to work as a server after two-and-a-half months.

Lourdes Carachuri reached out to the organization in June after testing positive for COVID-19.

“I felt so relieved that they gave me the help that no one else did,” said Carachuri, who received assistance to pay bills and rent. “I was devastated, being a single mom with no income.”

As the pandemic stretched on, Southern Smoke expanded its mental health care program. Offered through a partnership with Mental Health America of Greater Houston and the University of Houston psychology program, all food and beverage industry workers in Texas and their children may apply for free services.

“We’re mirroring what we’ve done on a national level, making it Chicago-specific,” Lott said. About 300 Chicago residents have applied.

Many restaurant workers live paycheck to paycheck, and fewer than 15 percent had health care benefits before the pandemic, according to John deBary, co-founder of the Restaurant Workers’ Foundation. In a joint statement with Southern Smoke, the foundation reported to Congress that an estimated 16,000 restaurants have permanently closed since March.

The Restaurant Workers Community Foundation wanted to partner with Southern Smoke because it had the fewest restrictions and the greatest reach when it came to offering relief, deBary said. Many restaurant workers — 43 percent — were struggling to make ends meet even before COVID-19. “We’re talking about a population that was really vulnerable prior to this,” he said. “No one had health care. No one had a safety net.”

Southern Smoke estimates that it would take $47 million to fund its current 28,000 applications — not to mention the influx the organization expects in the future. Recent applicants report maxed out credit cards, overdue rent and repossessed cars. Shelters are full, and parents are unable to afford child care.