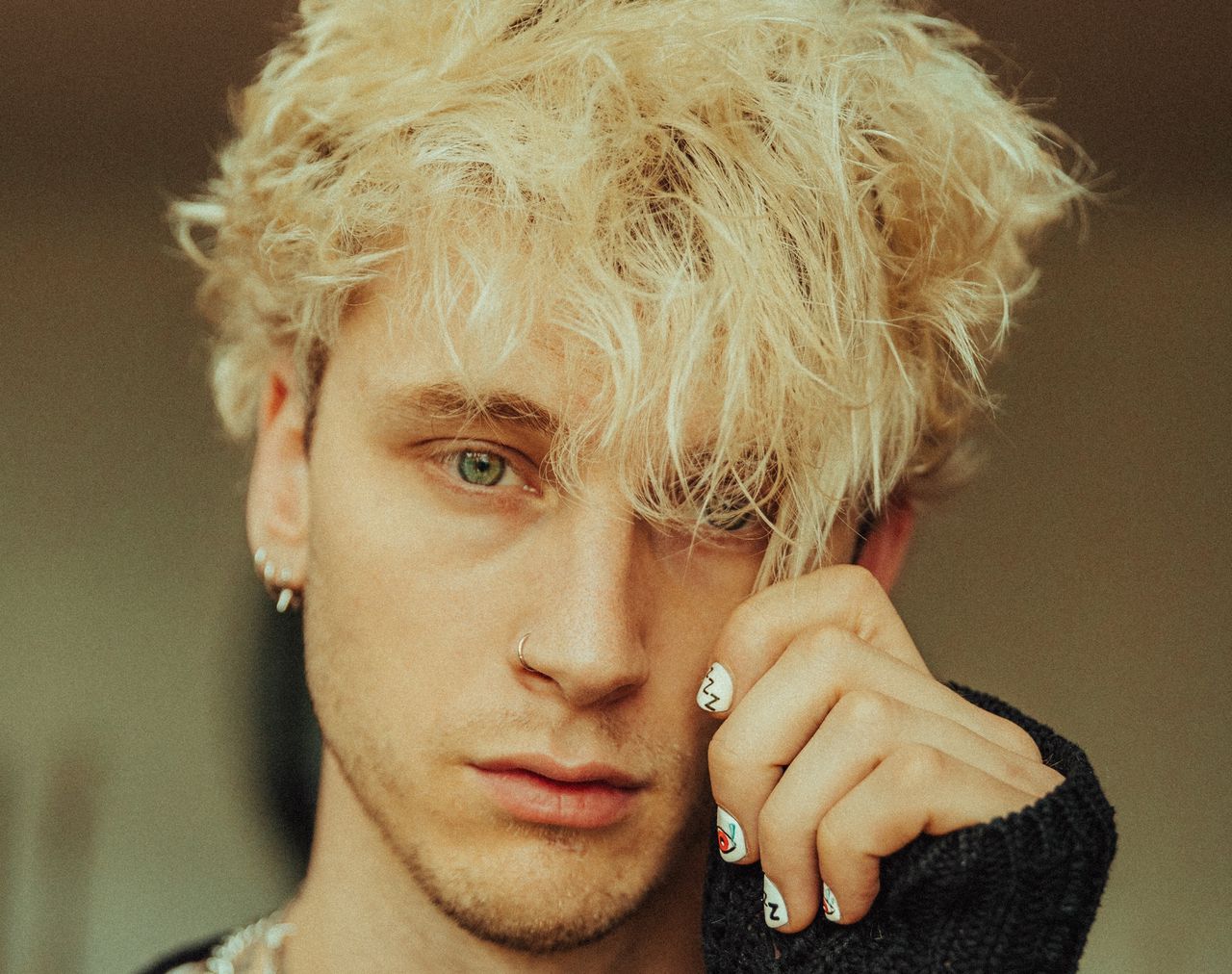 CLEVELAND, Ohio – Machine Gun Kelly would be the first person to tell you rock music is nothing new to him.

Not only does he look like a rock star: a skinny, tatted white dude with fashion sense. But the first song on his 2012 debut album features two of the guys from metal band Avenged Sevenfold.

Still, a rapper dabbling in rock while beefing with the likes of Eminem is one thing. Dropping an entire album of pop-punk songs? That’s a whole new level of bold.

It’s rarely ever been done before. When Lil Wayne dropped his rap-rock album “Rebirth” in 2010, it was as much a clever novelty as anything else.

Machine Gun Kelly’s latest effort “Tickets to My Downfall” is anything but. In fact, it’s likely to generate some opinions that he’s suited better as a rocker than a rapper.

That’s not completely fair. MGK has always been underrated as an emcee, earning respect from some of the rap game’s best. It also ignores the fact his career-long fusion of rap and rock (not just in sound but in the overall vibe as well) helped set the stage for artists like XXXTentacion, Trippie Red, Lil Peep and numerous others.

These days, young rappers are influenced as much by Kurt Cobain as they are Biggie Smalls. And no one fits that mold more than Machine Gun Kelly, who was once inspired by fallen stars like Cobain to write a song called “27.”

The opener to “Tickets to My Downfall,” called “Title Track,” embraces the same kind of self-deprecation Cobain road to superstar status: “I sold some tickets to come see my downfall. It sold out in minutes,” MGK sings. “I saw friends in the front row…the ones who gas you up only come around when the flame’s on.”

Yet, from a musical standpoint, “Tickets to My Downfall” sounds nothing like Nirvana. It is far more indebted to the mainstream pop-punk that took over the charts during the late 1990s and early 2000s. Think everyone from Blink-182 and Sum 41 to Fall Out Boy and Paramore. Heck, the album is even produced by Travis Barker.

Yet, rather than build on that music from 15 to 20 years ago, “Tickets to My Downfall” full-on rehashes the sounds of Warped Tours past. And it does it exceedingly well.

Songs like “Drunk Face” and “WWIII” feel like they were spawned from countless hours of listening to Blink-182′s “Dude Ranch,” which is, by no means a bad thing. Meanwhile, Halsey’s amazing guest appearance on “Forget Me Too” finds the pop singer in full Hayley Williams mode, something Paramore fans will appreciate.

It would be easy to dismiss the songs on “Tickets to My Downfall” as knockoffs of those aforementioned bands. But MGK also brings his signature to the festivities.

The second half of “title track” sounds like any number of Sum 41 songs. But it is anchored by MGK’s vulnerability, which has always been his best weapon in connecting with fans. Elsewhere, “All I Know” (featuring Trippie Redd) rides a catchy guitar melody and hook that wouldn’t be all that out of place on the emo-rap albums topping the charts these days.

Machine Gun Kelly also holds his own from a singing standpoint. “Lonely,” the album’s emotional centerpiece, is perhaps the greatest confessional he has ever written. It’s personal lyrics, about the deaths of his father and aunt, are even more moving coming from MGK’s singing voice as opposed to him rapping.

The album’s other extremely personal moment comes on “Banyan Tree (Interlude)” where MGK and Fox candidly talk about their love over what could be mistaken as a Dashboard Confessional song. It’s a revealing look at a relationship that, so far, has been mostly tabloid fodder. Detractors will, no doubt, call it cheesy. But it’s also refreshing to see Machine Gun Kelly owning his celebrity status.

If “Tickets to My Downfall” has a weakness it’s that several of the songs sound a lot alike, maybe too much. There isn’t much that separates “Kiss Kiss,” “Drunk Face” and “Jawbreaker” from each other. Likewise, “Nothing Inside” sounds like a slightly lesser version of the album’s lead singles.

Yet, there’s something to be said for a sense of cohesion. Besides, Machine Gun Kelly combats this by writing some of the best hooks of his career.

The opening of “Bloody Valentine” will likely be ringing in listeners’ ears for multiple summers, driving home the hook “In my head, in my head…” “My Ex’s Best Friend” one-ups it with, arguably, the catchiest chorus of MGK has written since “Bad Things,” his 2016 hit with Camila Cabello.

There’s a very good chance “Tickets to My Downfall” will be Machine Gun Kelly’s biggest album to date. Much of that is owed to a buildup that’s included his relationship with Fox, several high-profile movie roles and an MTV VMAs performance.

But nostalgia and range are “Tickets to My Downfall’s” defining characteristics. MGK has released an album perfectly suited for his fans, most of whom are of a generation that blurs the styles of rap and rock more than any before it. They’re not purchasing a ticket to Machine Gun Kelly’s downfall. They may very well be witnessing his salvation.