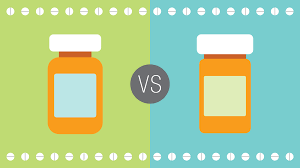 H2 receptor blockers are a commonly used type of medicine that helps treat conditions related to too much stomach acid. H2 blockers are available over the counter and by prescription.

One specific H2 blocker, Zantac, has been pulled from shelves as of April 2020. According to the FDA, all OTC Zantac had to be removed from the U.S. marketplace because of unacceptably high levels of something called NDMA. NDMA is a possible carcinogen, meaning a cancer-causing chemical.

Aside from Zantac warnings, what else should you know about H2 blockers?

An Overview of H2 Receptor Blockers

Gastroesophageal reflux disease (GERD) is another reason H2 receptor blockers are used. GERD is a chronic, ongoing form of acid reflux. When there’s chronic exposure to stomach acid, it can irritate the esophagus, causing symptoms like heartburn and trouble swallowing.

How Do These Drugs Work?

When you take a medicine classified as an H2 receptor blocker, the ingredients travel to certain stomach cells responsible for the release of acid. The medication prevents specific chemical reactions in the cells and as such, they can’t produce so much acid.

The NIH has found H2 receptor blockers reduce stomach acid secretions by as much as 70% over a period of 24 hours.

How Are H2 Blockers Different From Proton Pump Inhibitors?

A proton pump inhibitor or PPI is a medicine also used to help reduce stomach acid and to treat GERD and acid reflux. PPIs include Nexium and Protonix.

PPIs also work to block the production of stomach acid and decrease it, but PPIs are faster and stronger at doing so. H2 receptor blockers, however, are specifically good for decreasing acid in the evening, and that’s a common reason people develop peptic ulcers. For that reason, an H2 blocker is more likely to be prescribed to someone either at risk of developing an ulcer or someone who already has one.

Are There Side Effects of These Medicines?

Some of the possible side effects may include:

Sometimes these medicines can also interfere with your ability to absorb nutrients like vitamin D, folate, and vitamin B12.

For someone who can’t take an H2 receptor blocker or doesn’t want to, lifestyle changes may help them with symptoms of GERD, peptic ulcers, and other conditions related to stomach acid.

For someone with peptic ulcers, you should first talk to your doctor about your use of nonsteroidal anti-inflammatory drugs (NSAIDs). NSAIDs include ibuprofen and aspirin, and long-term use can increase the likelihood you develop peptic ulcer disease. Your doctor could suggest you take acetaminophen instead, but again, consult with your doctor before starting or stopping any medicines.

You should also reduce your alcohol and spicy food consumption, work on reducing your stress, and stop smoking if you do.

If you have acid reflux or GERD, try to move toward eating several small meals a day instead of three large ones. Avoid food and drinks that you know trigger your symptoms, and elevate the head of your bed so that it’s up around six inches.

Try to avoid meals and snacks right before bed, and don’t lie down for at least two hours after eating.

Interestingly some are looking at H2 blockers as a drug of interest for COVID-19 treatment as well, although that’s in the very experimental and early stages. It first came to the attention of medical professionals in the U.S. after hearing Chinese patients who took H2 receptor blockers were surviving COVID-19 at higher rates than people with similar risk factors but taking different types of heartburn medicines.

Scientists aren’t sure about the associations right now, or why there is an association, but it is an interesting component of COVID research.