For perhaps the first time since the Big 12 reintroduced the conference championship game in 2017, we’re two weeks into conference play and both spots are still complete toss-ups.

With the runaway preseason favorite now 0-2 in conference play and the team projected to finish second sitting at 1-1, this conference is truly anyone’s to win right now.

The following projections are based on a composite of ten different published rating systems and 20,000 simulations of the remaining Big 12 schedule, updated through week five’s results.

Meanwhile the team with the third-highest rating in the league, Oklahoma, is projected to finish a measly seventh. Despite the high rating, the Sooners have dug themselves an 0-2 hole that’s not easy to get out of.

And Texas, despite last week’s loss to TCU, is still the second-most-likely team to walk away with the Big 12 title in 2020. 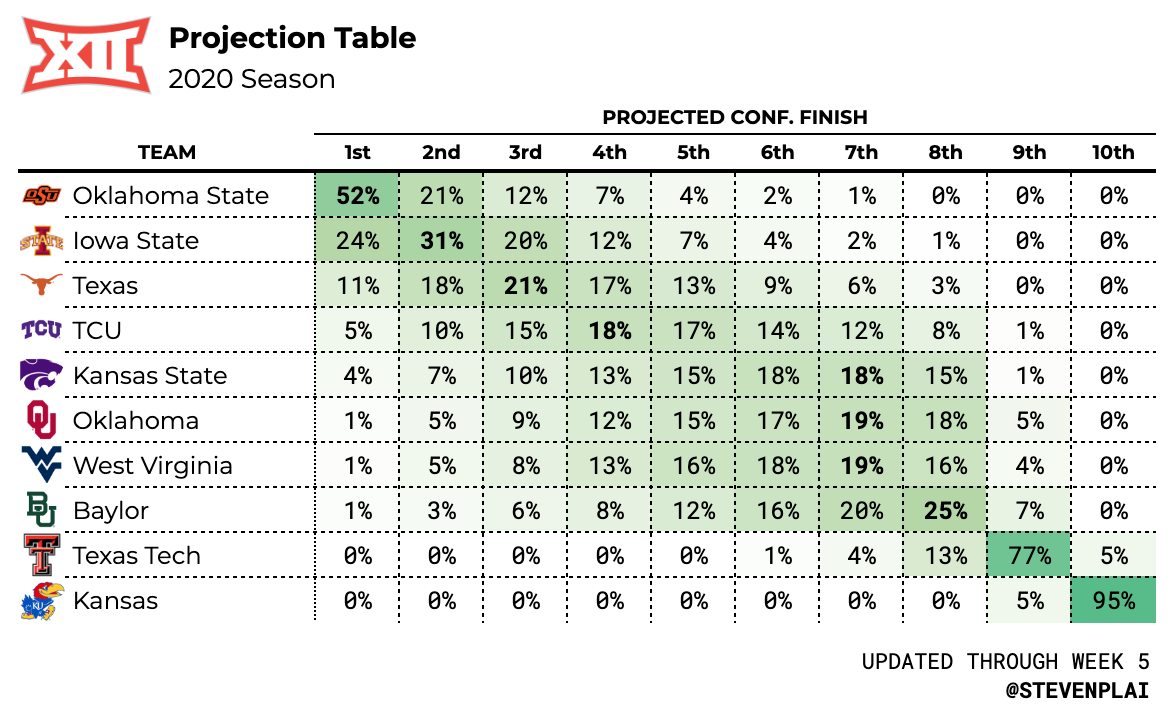 As for this week’s projection table, you can start to see some trends taking shape.

For one, there’s now a clear bottom two, as Texas Tech and Kansas are both nearly locked into ninth and tenth place, respectively.

We also see the rare occurrence of three different teams being projected to finish at the same spot. Oklahoma, Kansas State and West Virginia are all more likely to finish seventh than anywhere else.