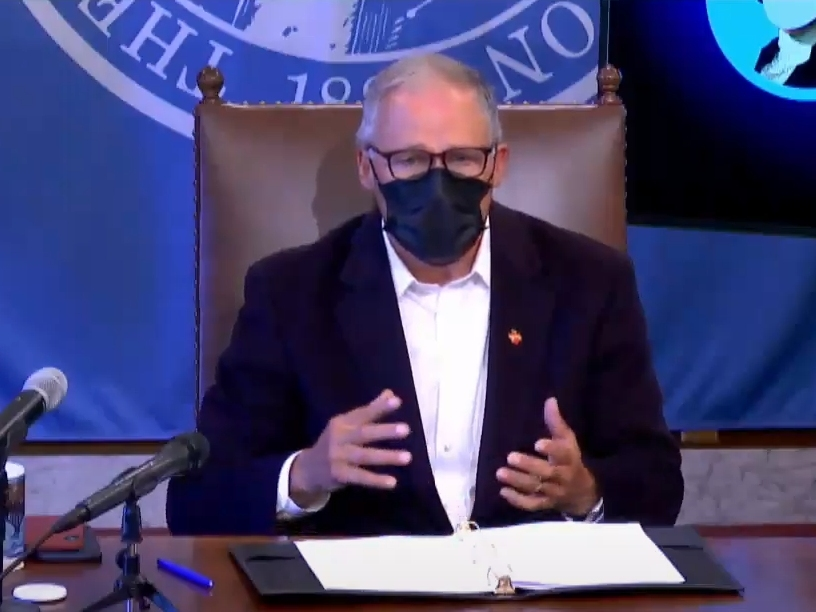 SEATTLE — Washington is loosening pandemic restrictions on several industries including theaters, restaurants, and outdoor sporting events among others.

Gov. Jay Inslee announced the changes at a news conference Tuesday afternoon, saying recent improvements in daily case counts and promising reports of increased mask usage meant the state could afford to lift some of the more severe coronavirus restrictions.

“Our efforts are showing progress, and we are announcing today some fairly significant new steps,” Inslee said. “We have shown progress because we have masked up.”

When asked if the move meant that the state would end its freeze on advancing counties to the next phases of the Safe Start plan, Inslee confirmed that the pause would remain in effect for the foreseeable future.

“We wanted to do targeted things where we show how to do this in a safe way, I think increasingly the way we need to think about this, is not so much as prohibitions about what you can’t do, but adaptations to show how we do something safely,” Inslee said. “As we figured out a way for kids to play soccer safely, let’s get them to do it.”

Despite the new, looser restrictions, the governor and Washington Secretary of Health John Wiesman both noted that the state had seen a recent uptick in daily coronavirus case counts, potentially due to the Labor Day holiday. However, both said they were confident in Washington’s ability to continue following safety precautions.

“We’re gonna keep a close eye on the numbers, and we need everybody to wear the masks, wash your hands, and watch your distance and if we can all do that together and double down on that, our hope is that we will see these numbers come back down really quickly,” said Wiesman.

“We look forward to the availability of the vaccine, but until then we’ve gotta fight this war with the tools we have and the weapons we have, and that’s a mask and social distancing,” said Inslee.

This report will be updated as more details are learned.