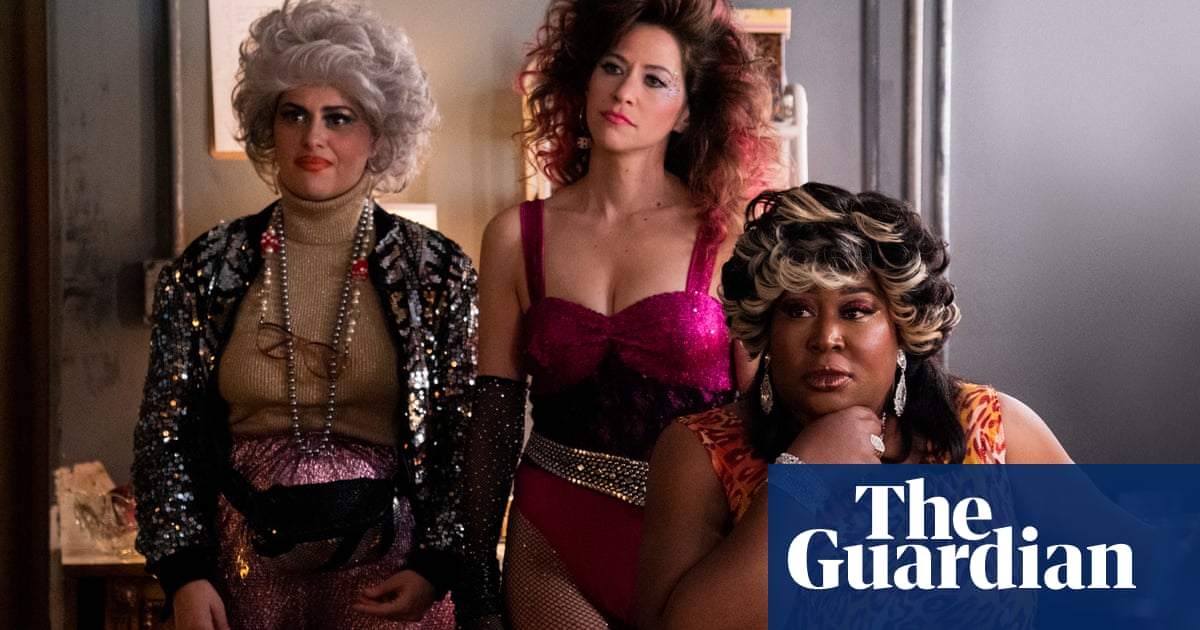 Another day, another cancellation – or at least, that’s how it’s starting to feel when it comes to Netflix. Having culled the likes of Sense8, The OA, Santa Clarita Diet and Altered Carbon in recent years, all after two or three seasons and often leaving viewers on major cliffhangers, the streaming service has turned its bloodlust on to Glow, which had already started filming its fourth season before the pandemic hit, and The Dark Crystal: Age of Resistance.

The latter, a prequel to the cult-favourite 1983 Jim Henson movie, produced and performed entirely with staggeringly intricate puppets and animatronics, and featuring an all-star cast, premiered on Netflix in August 2019. It garnered near-universal acclaim from critics, and a slate of awards nominations – including, crucially, picking up a 2020 Emmy for outstanding children’s program. Yet even awards success hasn’t spared it the axe, with the executive producer, Lisa Henson, confirming it won’t be returning.

How can you create art when even winning television’s most prestigious awards isn’t enough to secure your future?

Glow, set in the milieu of 1980s female wrestling, had won three Emmys. After three popular seasons it had begun filming what was due to be its fourth and final outing. But this was not be.

Exactly how Netflix makes the call on what to renew or not is something of a mystery – it never releases ratings or viewer figures that would illuminate its decisions. Instead, everything is driven by top-secret data. Netflix notoriously number-crunches every bit of viewer interaction – what you watch, when you watch it, the device you watch it on (TV, PC, phone, tablet, smart microwave, whatever), how many episodes you watch in a row; even when you pause and for how long. It then uses this to inform production choices; for instance, at some point it determined that people were more likely to finish shorter runs, so the average episode count per season dropped from 13 episodes to 10.

It has also been widely reported that Netflix chiefly looks at viewership at seven and 28 days after a series launches, breaking viewers into three categories: starters, who watch the first episode; completers, who finish a show in its launch window; and watchers, a measure of all subscribers who watch a show. The more who finish a season within the first 28 days, the higher Netflix regards the show, it seems.

The problem with this approach is not everyone wants, or is able, to binge a show the moment it drops. Whether by personal preference, an intention to savour episodes rather than gorge on them like a cheap buffet, or by necessity – even in lockdown, not everyone is able to vegetate in front of an endless stream of content – there are plenty of reasons why subscribers may not devour a show on day one.

This algorithmic determinism is beginning to backfire for Netflix. As news of The Dark Crystal’s cancellation spread on social media, a common refrain was: “Why should I bother watching?” And the cancellation of Glow was met with widespread dismay – including from the cast and crew. The provider’s reputation is shifting from being known as the home of bold television, where showrunners are set free from the restrictions of networks and traditional broadcasters to create the likes of Orange Is the New Black or Stranger Things, to being the place that kills your favourite shows with no warning.

There’s also the impact these cancellations have on Netflix’s back catalogue to consider. A show with a defined conclusion can draw audiences for years to come – just look at the frenzy when Netflix secured the rights to Friends – but who’s going to bother wasting their time on Glow now, knowing its multi-season plot threads will never be resolved?

Such cold and calculating decisions on renewals are also likely to become frustrating for showrunners themselves. If they don’t have a guaranteed multi-season order when they begin production – The Crown being one of the few afforded such a luxury – do they take narrative risks, knowing even their first season could be their last? Do you end a season on a cliffhanger, if there’s a chance you’ll never be able to resolve it? How can you create art and entertainment when even winning at television’s most prestigious awards ceremony isn’t enough to secure your future?

There are, perhaps, signs Netflix sees an error in relying entirely on first-month binge viewers to determine success. Its recent rescue of Cobra Kai, a televisual sequel to The Karate Kid that began life as a YouTube Premium series, has brought the two existing seasons of the show to Netflix, with the streamer committed to production on a third, due to premiere in 2021, and a fourth series. Similarly, Lucifer, originally a network show on Fox in the US, was picked up after its broadcast cancellation, bringing three seasons to the streaming service, while delivering three new seasons – albeit at Netflix’s now-standard season length of 10 episodes (or two blocks of eight in the case of season five). Such moves offer some security to viewers, giving them an amount of existing content and a guarantee of more to come, while minimising Netflix’s own production costs. But it certainly isn’t a sign of the creative risks that the company is supposedly known for.

For years Netflix was accused of being too lenient to shows that were underwhelming viewers – how else to explain three seasons of Hemlock Grove – and its chief content officer, Ted Sarandos, even said in 2017: “If you’re not failing, maybe you’re not trying hard enough.” Now the pendulum has swung too far the other way, and shows are being culled with no chance to grow or develop an audience. If Netflix doesn’t start taking more risks again, gambling on that second or third season of an original series and allowing word of mouth to grow, it may find that viewers switch off all together – and take their subscriptions with them.