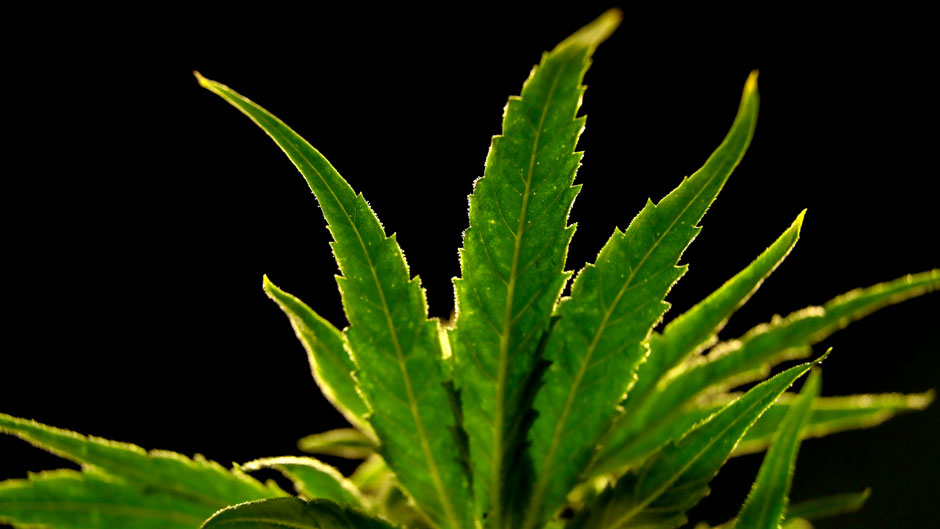 University of Miami researchers applaud the scientific inquiry and access to reliable data that accompanies the legalization of cannabis—as four more states recently approved measures, and federal legislation to decriminalize it continues to progress.

Former President Ronald Reagan, stumping on the campaign trail in 1980, called marijuana “probably the most dangerous drug in America” and the plant was once a principal target in the “War on Drugs”—where arrest for possession of even small amounts would result in a mandatory two- to 10-year prison sentence.

Yet today, cannabis continues its meteoric transformation from demon to a revenue-generating darling. A 2020 Gallup Poll indicated that a record 68 percent in the United States favors legalized use, including majorities of most demographic groups.

In early November, Arizona, Montana, New Jersey, and South Dakota joined the growing list of states—now 15—that have legalized recreational cannabis since Colorado became the first to do so in 2012.

University of Miami researchers Denise Vidot, an assistant professor at the School of Nursing and Health Studies, and Kimberly Boswell, a doctoral student in the Miami Herbert Business School, applauded the developments, appreciating that the movement to decriminalization paves the way for deeper study and enhanced understanding.

“There are still many unknowns, yet since cannabis has become legalized in certain states, especially for medicinal purposes, it’s opened the door for researchers like me to conduct research on the plant itself,” said Vidot, who began researching the impact of cannabis and other substances on incarcerated youth a decade ago as a doctoral student. In past years she has focused on understanding the plant’s effect on metabolic syndrome, the cluster of conditions that occur together increasing risk of heart disease, stroke, and type 2 diabetes.

For the past decade, in the absence of rigorous data, researchers like herself had little recourse than to rely on self-reported data that suffered from the biases and stigma attached to the “evil weed.”

“The legalization is our first step toward finally removing this political, racial or—you insert the ‘X’—that’s been attached to cannabis,” Vidot said. “We should be looking at it as a plant, a potential medicine, and a potential plant for abuse, but not through the political and racial terms that the word marijuana implies.”

One key aspect of the Marijuana Opportunity Reinvestment and Expungement (MORE) 2019 Act, the pending federal legislation to legalize cannabis, is to replace all statutory references of “marijuana” to “cannabis”—a nomenclature change that is long overdue, according to Vidot.

“Around the world, ‘marijuana’ is not a common name; cannabis is the name of the plant,” she said, adding “the term ‘marijuana’ is very racially charged.” In a recent talk she gave for Hispanic Heritage Month, Vidot referenced that the drug became associated with Mexicans entering the United States and fleeing the violence of the Mexican revolution around 1910.

The criminalization of cannabis and the associative stigmas have allowed for a range of misunderstandings to persist and blocked research, she said.

She’s emphatic that not all cannabis is equal, and that patient research must move to a more intricate set of questioning than: “Have you used cannabis in the last 30 days, yes or no?” Researchers need to know what type of cannabis is being used, how it’s being used, and where the patient has obtained it, she insisted.

“For example, are you smoking it? Eating it? Using it topically as a lotion? Using it as a tincture, oil, or liquid under the tongue then ingesting?” she asked. “Each impact your body in different ways.”

Answers to these questions and additional research will go a long way to determining whether cannabis’ impact is positive or negative, and Vidot cites recent studies with HIV patients to make her point.

“Both are being used for medicinal purposes, yet one subset of the patient population is having positive effects and the other negative. The difference is the type of cannabis being used,” she noted.

Boswell, who is pursuing a doctorate in economics at the business school, shifted her research focus last year to cannabis, specifically the effect of legalization on real estate values.

She referenced three studies for residential housing in Denver, Colorado, that revealed that property values increased by 6-8 percent from the placement of legal dispensaries, which require infrastructure and added security while attracting tourism and workers for the labor-intense employment. Her research is focused on California, where there are no such studies.

Though the state was first to allow for the medical use of cannabis in 1996, it remains today a regulatory quagmire. Of the state’s 481 cities, only 85 allow legal dispensaries, according to Boswell, and many communities resist allowing the dispensaries because of persisting stigmas associated with marijuana use. An avalanche of lawsuits has been filed to keep the dispensaries away.

“Residents often claim that the dispensaries encourage underage kids and that they increase crime,” she said, yet referred to at least one lawsuit where the judge rejected the claim saying there was no evidence that property value was diminished.

Her preliminary findings of eight California counties have indicated a positive impact on real estate values in all but one county.

Boswell suggested that the passage of federal legislation would eliminate much of the confusion and uncertainty. “Federal approval would push away the stigma and make it easier for acceptance,” she said. “We’re still in that gray area—it’s legal but not really.”

Still, she noted the “tremendous profitability” that seems to be driving much of the movement to legalize cannabis—a market that has only increased during the pandemic, where supply has decreased and demand has increased.

Both researchers pointed to the profitability potential as the major driving factor responsible for the renewed positive perspective regarding the once demonized plant.

“The voices calling for decriminalization are different and much louder now,” said Vidot, “though not that much has changed regarding our scientific understanding.

“When we think about the impact of legalization, it is from the ground up, from the sciences to the physicians to the patients. Now that we’re better able to study cannabis, we can get ahead of the potential ill effects. We don’t have to be reactionary; we can be prevention oriented,” Vidot said. “I’m extremely happy that we’re even talking about this right now.”