Have you ever enjoyed a proper, homemade masala?

You need the right combo of warm spice blends and some fresh chicken. The smell alone will lift your spirits, and the addition of cannabutter makes it all worthwhile!

What Is Tikka Masala?

Tikka Masala is a warm spiced dish with chunks of juicy chicken that are marinated in an orange cream sauce.

A popular Indian-inspired dish, it is believed that Tikka Masala actually originated in Glasgow Scotland by an Indian Chef.

There are a lot of articles, debate, and supporting evidence about the origin of this popular dinner treat, but one thing that’s NOT debatable is the taste and flavor!

What Spices Go in Tikka Masala?

The spices that shine in Tikka are a mix of coriander seeds, cumin seeds, garlic, cardamom and chilles.

Warming but not too spicy, you’ll want to make this over and over!

How Do I Make Cannabutter?

You’ll need cannabutter in this dish – but you can also use cannabis-infused oil. You decide!

I think we’ll leave the fighting to the Chefs and just enjoy cooking with cannabis, and adding in warm spices that you’re sure to love. 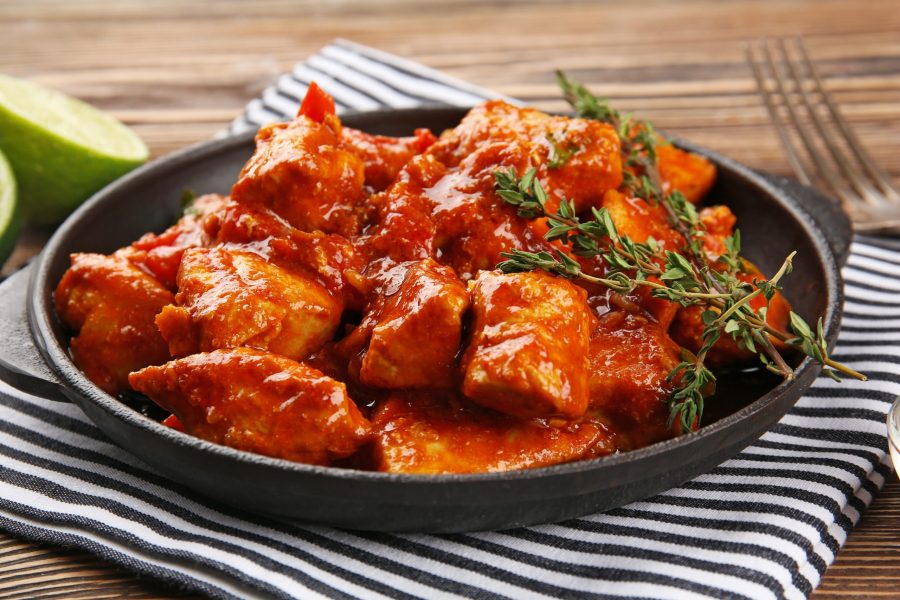 For more recipes or savoury cannabis-infused desserts check us out and start collecting edible recipes!

If you want an easier way to cook with Cannabis, a cookbook kit is always a great idea.