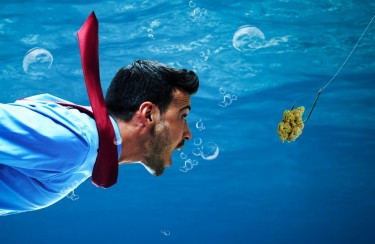 What is the biggest scientific fraud of the past 50 years? This was the question posted on Gizmodo.com where different scientists were asked to give their answers to the question. Different scientists brought different answers to the table of how some researches have failed science and the world. One such research named by Robert N. Proctor, a Professor of the History of Science is the Council for Tobacco Research. This research has been used by tobacco companies to protect themselves from claims tobacco causes cancer. Big Tobacco companies showered money to sponsor Nobel Laureates and major universities that produced the research.

Another quality entry into the biggest scientific fraud was made by Katherine A. Pandora an Associate Professor, History of Science at the University of Oklahoma. She named the articles by Andrew Wakefield where he connected the use of MMR (measles, mumps, and rubella) vaccines with the development of autism. This research promoted hesitation among many for vaccination of children for common illnesses since 2002 when it was released. The effects are also expected to be evident for the acceptance of the COVID-19 vaccine in different countries.

Despite the gravity of the two examples above, there is arguably a bigger scientific fraud that has existed far beyond 50 years. This fraud has to do with the prohibition of marijuana, a natural herb that has been used for over a millennium. This prohibition of marijuana has to be the greatest scientific injustice because no major scientific study gives considerable reason for marijuana prohibition. From the report by the Indian Hemp Drugs Commission in 1893 to the report by the US Drug Czar’s Institute of Medicine in 1999, there is a limited reason for prohibition.

The effect of this prohibition in the past years has been devastating, to say the least. Also, the criminalization of activities involving the natural herb has led to a great number of arrests over the years. The year 2019 alone saw over 500,000 arrests in the United States alone for marijuana-related offenses. This has created a dent in the lives of many people due to their criminal records. Despite the fact that some states are making moves to expunge such criminal records, it is still a big issue that cannot just go away.

Another effect of this unjust prohibition is that many who would have been benefactors have been left to suffer. So many deaths and suffering could have been avoided with medical marijuana used as an alternative therapy for different conditions. Unfortunately, cannabis has been placed in the same category as drugs such as meth, cocaine, and heroin.

Majorly when researches are being funded by corporate organizations and governmental organizations, it is important to consider what their stake in it is. The research might be geared toward political or financial gain. This is not to say that every research funded by big companies or the government is fraudulent, but it is something to always consider. This reality is evident in some of the researches that are carried out on cannabis in recent years.

When it comes to cannabis researches, let’s allow the facts to tell the story. 85% of all the researches on “drugs” is funded by the National Institute on Drug Abuse (NIDA). This should give an indication as to where these researches will be directed towards. You can be sure that the major focus of the NIDA is towards marijuana prohibition when it comes to research on cannabis. Analysis has shown that between 2000 and 2018, $1.56 billion has been directed by the US, UK, and Canada into cannabis research. Over 50% of this funding has been directed towards the negative effects of cannabis. The NIDA is the largest funder with over $1 billion but this has been majorly directed towards exploiting misuse and the negative effects. On the account of these researches, bodies like the NIDA can continue to promote cannabis as a harmful drug as opposed to the beneficial drug that we know it is.

This explains why many of the researches present are more geared towards the possible negatives around cannabis as opposed to the numerous positives. More grants seem to be going towards researches focusing on harms and misuse which can only help the message of prohibition. This shows that where the government leans to has played a huge role in promoting the scientific fraud of marijuana prohibition.

A change in the trend

Though the past 100 years might have seen the biggest scientific fraud in marijuana prohibition, the next century is bound to correct that mistake. Research funding for cannabis in the United States has risen steadily from less than $30.2 million in 2000 to over $143 million in 2018. This has also prompted more research into the possible medicinal benefits of cannabis that are yet to be explored. With this, more cannabis markets are bound to open for medical marijuana. Likewise, with the development of proper studies, the criminalization of cannabis is bound to end globally.

This change in the trend will promote the cannabis economy globally and allow all the players to benefit. Consumers will be able to get their cannabis products easily without fear of legal issues. Producers, retailers, and distributors will also be able to safely play their part in the development of the economy. It will also allow for new opportunities to be opened in the economy making way for more stakeholders.

The important thing right now is not to dwell too much on what might have been the biggest scientific fraud of the past century, but try to move on from it. Though there is a limit to what can be done to remedy the effects in the past, much can be done to benefit the future. It is important that proper funding is directed towards research into the positives and negatives of cannabis. The outcome of these researches without bias must then be used to properly modulate activities and policies involving cannabis.

MARIJUANA PROHIBITION AND WHAT COMES NEXT, READ THIS…

WHY MARIJUANA PROHIBITIONIST ARE LIKE VIRGINS TALKING ABOUT SEX!

HOW MARIJUANA BECAME MORE POTENT BECAUSE OF PROHIBITION!