Travis Barker has an announcement to make — and it has nothing to do with romance or relationships.

The drummer, writer and producer is adding lifestyle entrepreneur to his resume this week, with the launch of Barker Wellness, a new line of cannabinoid-infused products designed to help users find a little rest and relaxation, whether you’re a platinum-selling musician on the road, or just hanging solo at home. 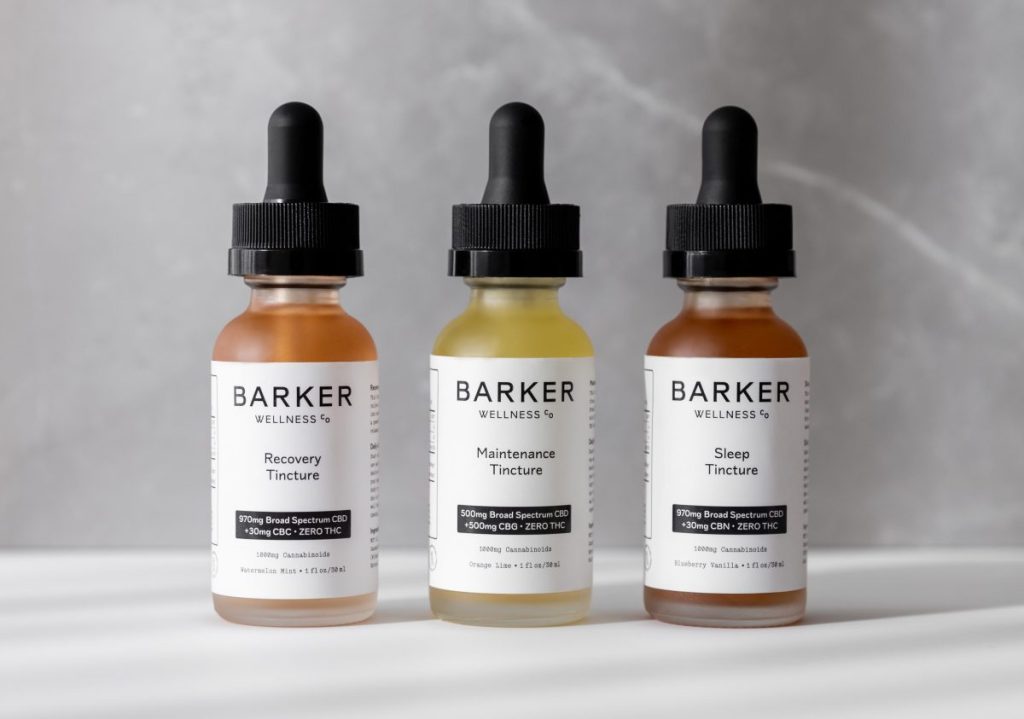 Barker says he first started working on the wellness brand two years ago, after coming off another grueling year of touring with Blink-182, in addition to dozens of live performances with other artists. “As a symptom of being in the music space and just touring, I would always do a CBD bath or an epsom salt bath or take a ton of CBD after shows,” the drummer says, “and I started to notice that recovery was an issue, especially touring for months [and] doing five to six shows a week. And the process became like, ‘How do I feel with recovery?’ I tried everything from cryotherapy to massage therapy,” Barker recalls, “but CBD was like the best kind of result that I got.”

As Toilet Paper Stock Plunges, Bidets Are Making a Splash

‘Silence of the Lambs’: The Complete Buffalo Bill Story

While finding good pain relief and recovery products was important, “especially after an outdoor show,” Barker also credits CBD for helping him address issues of restlessness and insomnia, after years of struggling to fall asleep

“I used to have trouble with sleep,” he says, “and I would take a ton of melatonin, valerian tea, Tylenol PM, or Nyquil. And before that it was actually Ambien,” he admits. “I was addicted to that at one point.”

The musician says the “adrenaline running” after a show or being in the studio all night would keep him up, and while he’s had his fair share of vices to turn to in the past, Barker says he was actively looking for more “natural ways to wind down.” That’s when he discovered CBD. 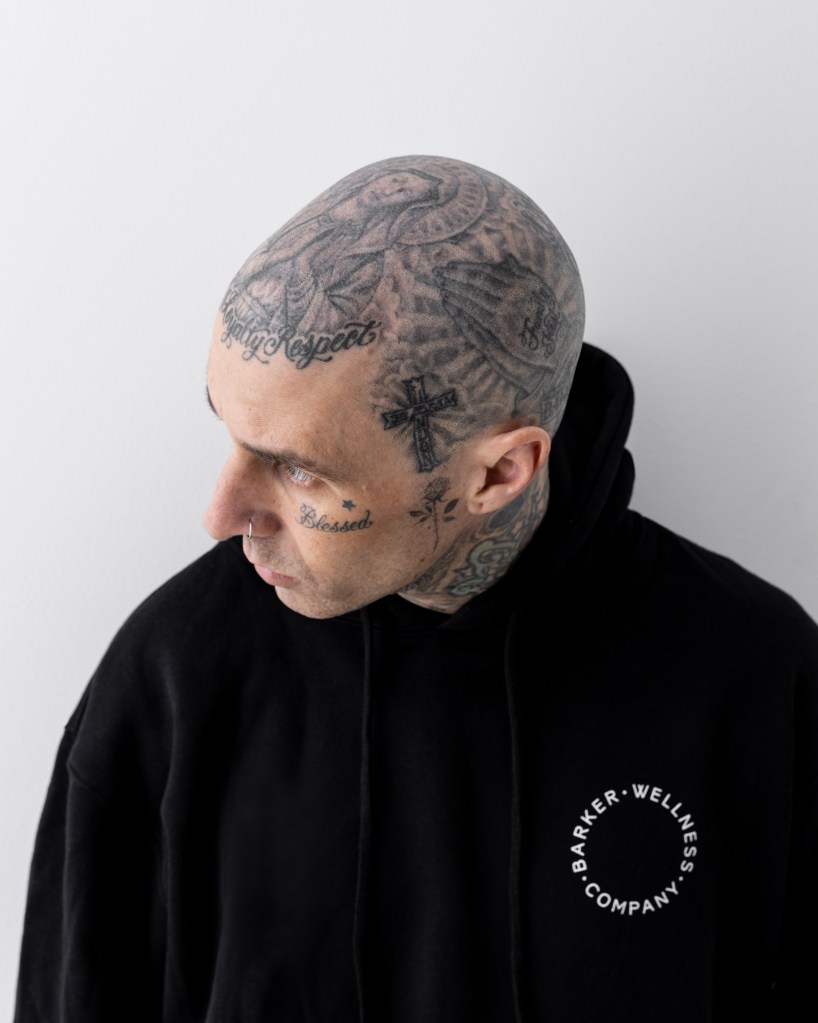 While many new cannabinoid companies primarily promote CBD, Barker Wellness’ formulas incorporate some of the lesser-known but equally-powerful cannabinoids like CBG, CBN, and CBC as well. The full combination of these cannabinoids, along with herbs and natural ingredients, the company says, makes its products highly effective for targeting everything from stress to sore muscles.

Barker, who’s been a vegetarian since he was a teenager and went full vegan to refocus and heal his body shortly after surviving a 2008 plane crash, says it was also important for him to create a product line that reflected his values. To that note, everything in Barker Wellness is vegan and cruelty-free. Everything is also made with natural ingredients, from soothing cucumber extract in the pain relief cream, to ashwagandha and reishi mushroom extracts in the recovery tincture.

Barker says he spent hours with researchers to learn about dosages and how different cannabinoids react with the body, before narrowing down the product line to things people around him would actually use. “My son is 17 and he likes to use the pain relief cream if he’s working out, like boxing or jumping rope or doing Muay Thai,” Barker says. “The cream is so good for when your body is feeling sore.”

And while the musician has kept mum about recent relationship rumors, he did reveal that “everyone around me has basically tried [the products],” with friends and family helping him choose the essential oils used in the products, and favorite scents. 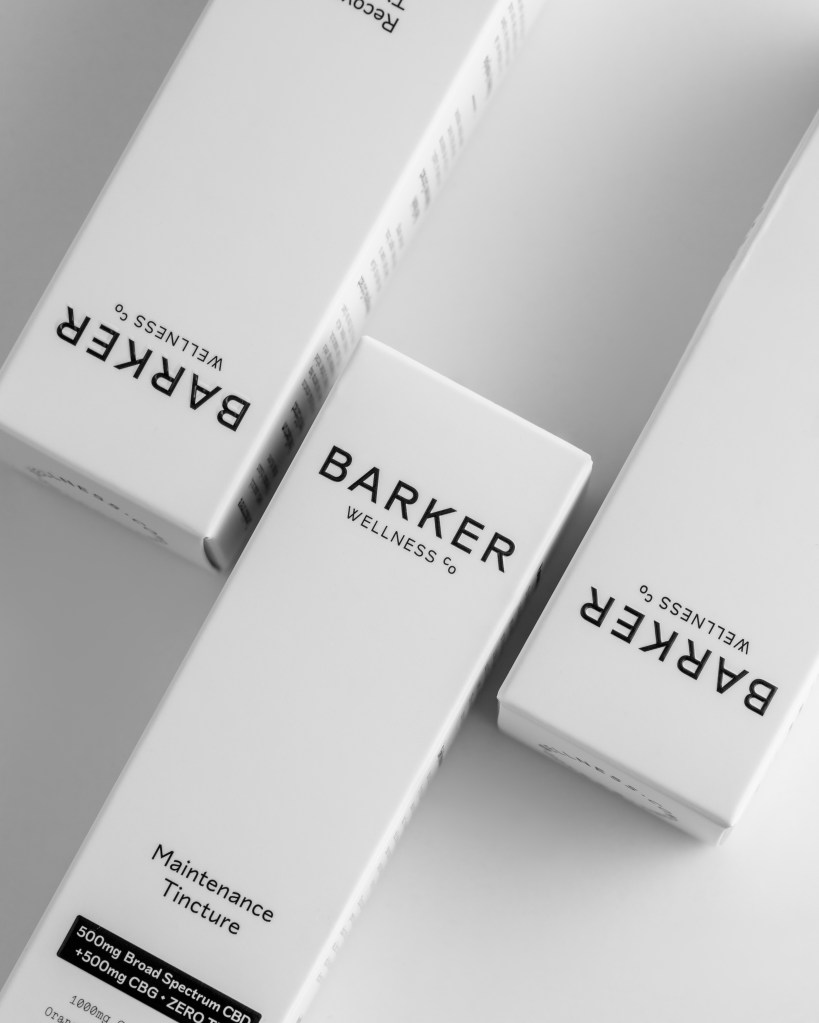 Barker understands that there are still many misconceptions about CBD — “My father has these aches and pains but to get him to even entertain the idea [of CBD] took a little while,” the drummer says — but Barker is excited for both fans and skeptics to give his new brand a try, to see the benefits of cannabinoids for themselves. The musician has had offers to put his name behind a full-out cannabis brand, but Barker says it was important to launch with fully legal CBD, to make it approachable — and accessible — for everyone. “That’s why I approached it from the wellness arena instead of, like, making something for stoners,” he says, adding that he’s not ruling out expanding the brand in the future.

And while it’s only available online for now, Barker says his goal is to expand the brand to reach as many people as possible too. “In a perfect world for me, I want the product to be everywhere, from places like Erewhon to Sephora to CVS,” he says. “This isn’t a Band-Aid, one-time project,” he adds. “I really want this to help people.”

After a stressful year brought on by a global pandemic, the newly-minted entrepreneur says Barker Wellness isn’t only about improving physical health, but mental health as well. The musician credits his new wellness brand for helping him find clarity and purpose after music venues were shut down and touring postponed indefinitely because of Covid-19.

“Obviously, it’s been a terrible time and it’s unfortunate how many people have gotten sick and how many people have lost loved ones,” he says. “I think for those of us who have either gotten over Covid or remained healthy, it’s a great time now to be creative or do projects that maybe you normally wouldn’t have done because you were so busy moving around or traveling or touring. And I just feel like at a time like this, you can either drive or you can let it get the best of you.”

“I always have said that you should never be bored,” he adds. “You could be in better shape; you could be smarter; you could be better at your instrument; you could read a book. You never stop learning and creating — so that’s what I’m trying to do at this time.”