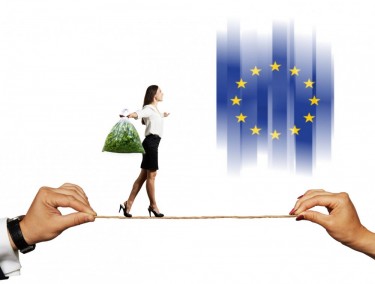 It’s no longer news that most regions of the world are in love with cannabis, its benefits, and the impact of medical CBD on people’s health, but Europe still hasn’t fully warmed up to this discovery, and we must try to understand why the continent needs time.

The process involved in legalizing cannabis seems to be moving faster than it ever had in recent history. The majority of countries and states in other parts of the world are adopting regulations that will enable the safe use of cannabis in their region. Although cannabis is accepted in some European countries, the development of cannabis in the continent isn’t quite where it needs to be.

A crucial factor to note in understanding Europe’s hostility to cannabis is that it is a continent with different countries with widely diverse laws, values, virtues, and culture. With the reality of such European diversity, can it be said that the continent needs time?

Yes, Europe needs time! The majority of cannabis economic experts believe that Europe needs time because society is not yet fully educated on the benefits of legalizing cannabis. Time needs to be dedicated to educating and improving the conversation on cannabis and its uses within the European society, but sadly, this isn’t happening right now.

Instead of promoting fundamental dialogue among regular folks, most of the cannabis enthusiasts in Europe are only focused on seeking investments into the sector in Europe and hosting conferences that don’t make any meaningful impact on the situation. Yes, investments are required, but without awareness, the purpose of the investment will be lost.

For example, one of the reasons America (not all states) got it right with cannabis is that they invested in widely spreading the information that showcased the benefits of cannabis to the public. America engaged in campaigns, social media conversations, and medical research on cannabis instead of focusing on cheap means of making money from unsuspecting clients.

Europe has the monies and the numbers for the market to thrive but she isn’t harnessing this fully because people don’t know better. So when I say “Europe needs time,” what it means is that Europe needs time for a re-education of the role of cannabis in the modern-day world.

A significant reason why Europe still hasn’t fully jumped on the CBD train is that the governments of some countries claim to worry about the threat of abuse in their societies.

Every responsible government worries about citizens abusing substances, but cannabis isn’t like most drugs people abuse and as such shouldn’t be classified with them. Not encouraging cannabis because of the threat of abuse is laughable. It’s just unneccessarily depriving society of harnessing the numerous benefits cannabis has to offer.

Outrightly banning cannabis or hugely restricting its use is not the answer. It should be noted that surveys conducted on some countries with stiff regulations on the use of cannabis show these backward regulations are ineffective. The solution here is for governments to prioritize enacting laws to protect against abuse. More efforts should be aimed at improving awareness about what cannabis really is, what it can do, and how it can help make life better.

When the majority of people are more enlightened and educated on the adverse effects of using cannabis the wrong way, a significant percentage of the market will get it right. No one wants to become sick by using cannabis the wrong way. With proper information easily available to cannabis users, trusting that people will not mess up the cannabis sector when lesser regulations are rolled in is something the government can hold on to.

The factor of government regulations, and the legal status of cannabis is arguably the most significant factor limiting cannabis in Europe, however, there is another threat within the business sector most people are oblivious of.

The threat of “Payday” companies

Many instant pay-day companies are looking to cash in on the cannabis craze. Such companies will do anything to earn money from the industry, even if they have to sell adulterated CBD products. The European market (lacking in strong cannabis presence from reputable companies) can be easily vulnerable to such companies, and in some places, such companies already exist (illegally).

However, Europe can change the tide and control the business side of cannabis if key regulations are put in place. If companies are scrutinized, vetted, and required to apply for a license to operate, the potential of crooks infiltrating the cannabis space will be greatly reduced.

The cannabis movement in Europe requires more lawyers and students of the law to join the fight and help clarify laws on how the market and the cannabis sector should be regulated. Unfortunately, the majority of these law firms are more concerned with mergers and acquisitions. They’d rather do that than work on ways to explore and improve the potential billion dollar cannabis sector.

Europe and the possibility of an emerging market

The problems with Europe and Cannabis are centered on the threat of pay-day companies and the diversity of laws, cultures and ideas regarding cannabis. While Europe may not currently be on par with other regions of the world like the United States, Canada, etc the potential of the European cannabis market is mindblowing. If fully maximized, the European cannabis market can become one of the best industries in the world. The potential is there all it needs is the right factors to bring it to fruition. It should be noted that experts predict that cannabis will eventually become an integral part of the European market.

Time is running out!

Public perception about cannabis is gradually beginning to change in Europe, but it is happening at a much slower pace than what is happening in the North American market. While the CBD market has exploded in America, regulators in Europe are still lost regarding how to handle the floodgate of developments in cannabis products.

While Europe may still need time to understand the positive impact of cannabis and stimulate both their health sector and economy; the rest of the world isn’t waiting around for them to catch up. Time is running out! 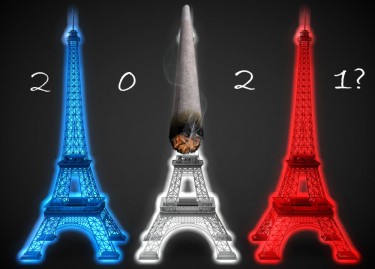 WILL FRANCE FINALLY LEGALIZE CANNABIS IN 2021, YES OR NO?

THE EUROPEAN CANNABIS NEWS REPORT FOR THIS MONTH!