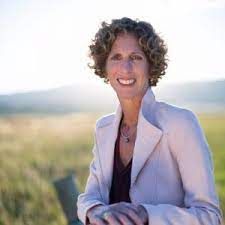 While cannabis use has shown promise, it has been poorly studied in allergic or asthmatic patients, largely because it could lead to increased symptoms of cough and wheeze depending on the route of administration, as well as increased use of asthma medications and exacerbations.

Researchers believe short-term cannabis use can act as a bronchodilator or cause coughing or wheezing, while long-term use could cause increased respiratory symptoms.

A team, led by Joanna S. Zeiger, MS, PhD, Canna Research Foundation, determined cannabis patterns for use in asthma and allergy patients recruited through the Allergy & Asthma Network (AAN) due to a lack of information regarding cannabis in this patient population.

In the AAN Pain, Exercise, and Cannabis Experience (PEACE) Survey, the researchers recruited 489 respondents with allergies and/or asthma to complete an online survey administered on LimeSurvey between May 7, 2020 and September 7, 2020.

The researchers assessed current cannabis use by asking respondents if they’ve used cannabis, including THC or CBD within the previous 2 weeks.

The majority of the patients (60.2%) were younger than 50 years old, while 72.4% of the study was female. A total of 51 patients reported current asthma, while 39.2% had uncontrolled asthma, half of which smoked cannabis and a quarter of which coughed from cannabis.

The research team determined asthma control (< 19 = uncontrolled asthma) using the Asthma Control Test and differences in demographics by asthma status, and patterns of use and subjective effects by cannabinoid type using Chi-square tests.

Overall, there were no differences found between asthma status and demographics or cannabis patterns of use.

While a minority of AAN respondents currently use the product, there were some positives, as well as adverse reactions to cannabis use.

“Most common positive cannabis effects were helps with sleep, less pain, and calm and most common cannabis adverse effects were increased appetite, anxiety, and difficulty concentrating,” the authors wrote. “Education regarding cannabis use, both its positive and adverse effects, should be discussed with patients, as well finding the safest route of administration.”

The study, “Cannabis Attitudes and Patterns of Use Among Followers of the Allergy & Asthma Network (AAN),” was published online in AAAAI 2021.